If you're new here, you may want to subscribe to my FREE newsletter (form below), and download the free report "How to Become a Better Golfer in 30 Days". Thanks for visiting!

The 2013 PGA Tour is nearly at a close and while many of us will reflect back at another stellar season of golf, the world’s top players are getting down to the hard graft in order to compete at the Tour Championship late this September.

The Tour Championship, which boasts an $8m prize fund, consists of the top-30 money leaders in the PGA. This year, the East Lake Golf Club in Atlanta hosts the event and for many golf betting fans it’s their final chance to back a winner over four rounds.

If you’re thinking of betting on the Tour Championship then it’s worth considering the form of each individual player. Backing Tiger Woods is always a tasty option yet the American has stuttered this late season following a good early flurry. His putting problems have returned despite four tournament wins between January and May, and although he won the WCG-Bridgestone recently his performance at the PGA Championship exposed that familiar lack of confidence hanging over his head.

Backing previous winners isn’t a bad tip, for two-time champ Phil Mickelson is also in stellar form this late summer after his victory at the Open. Granted, Mickelson didn’t impress at the PGA Championship either, but he has the form to produce at Atlanta this September.

Occasionally a player pops up out of the blue to take a title and this is where punters who bet on golf can make some serious profit. Jason Dufner was a 12/1 outsider to win the PGA Championship this year, while Brandt Snedeker claimed last season’s Tour Championship despite huge odds.

Whoever you bet on, it’s always worth doing a background check on their form and previous results on the course before parting with your cash. Rory McIlroy is a great example of a player with all the profile and hype of a modern-day superstar but without the game to back it up. Whatever you do, stay clear of this inconsistent performer. 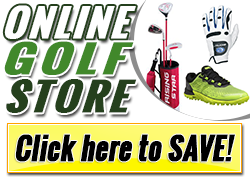 Sign up below to get FREE report -
Name: Email:

Sign up below to get FREE report -
=> Learn the critical secret to taking strokes off your score
=> The number one thing you must know to improve distance control
=> Plus you'll receive my bi-weekly Golfer Tips newsletter and more!
Name: Email:

Join the Golfer tips newsletter list now and you’ll receive… “How to Become a Better Golfer in 30 Days” using simple yet powerful tips that the Pros don’t want you to know. 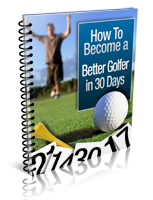 Just enter your name and email below